Naturally occurring plant-based gums are being widely used in different industries due to their unique thickening and gelling potentialities. The research was planned to evaluate the influence of hydrolysis and modification on rheological and thermal properties of Acacia modesta (Phulai) gum extracts. The gum was hydrolyzed and modified by different chemical methods including polyacrylamide grafting, carboxymethylation, acidic and basic hydrolysis to alter the viscosity behavior. The rheological behavior of selected gum extracts was studied. The change in structure and thermal behavior after processing was determined by Differential scanning calorimetry (DSC), X-ray diffraction (XRD), Thermogravimetric analysis (TGA) and Fourier transforms infrared spectroscopy (FTIR). The analysis of DSC and TGA revealed that the processed gum samples were thermally more stable as compared to pristine counterpart of the crude gum. The present results of A. modesta would be useful for incorporation in various applications in the food and pharmaceutical industries.

Throughout the ages, natural products are being used by humans for their basic necessities as food, medicines, shelter and clothing. Plants have provided medicines for the cure of various diseases such as leukemia, malaria, parasitic infection, diabetes, cardiovascular and respiratory disorders1,2. Nowadays, research of medicinal plants has been the center of attraction due to their potential be used for various applications in pharmaceutical industry. All over the world research of medicinal plants has been increased3,4.

Carbohydrate consists of dry weight (<90 %) and carbohydrate polymers are known as polysaccharides5,6. The basic source of carbohydrate molecules are natural polymers7,8. Because of their biosafety and sustainability, carbohydrate polymers have been the subject of contemporary research9. Polymers extracted from natural sources are comparatively non-toxic and cheap8,9.

Natural gums are polysaccharides with heterogenous composition that consist of many sugars like glucose, mannose, galactose, arabinose, rhamnose, xylose and uronic acids. These gums are well known in formation of three dimensional interconnected molecular networks termed as gels. The potency of these gels depends on the concentration and structure of the gum, along with factor like pH, temperature and ionic strength. Many of the gums are safe for consumption and are being used as food additives and in drug delivery. Chemical modification improves the capability of gums for their use in different fields like drug delivery10.

Native, unmodified and crude gums exhibits few drawbacks of their use for different applications such as lack of clarity, free-flowing properties, uncontrol rate of hydration and thickening, on storage a decrease in viscosity, microbial contamination and formation of bigger microstructure that can be overcomed by modifying the physicochemical properties by using different modification methods9-12.

Acacia modetsa belongs to Fabaceae family  is commonly known as phulai. It is widely distributed in Pakistan, India, and Afghanistan. Its wood is hard and durable and is used in the preparation of Persian wheels, agricultural implements, and cane crushers. It can also be used as a fuel1. Structure of Acacia modesta consist of angular fragments. It is a translucent and yellow color gum13. It is used for the treatment of wounds, leprosy, venereal diseases and dysentery, whereas its ash is helpful for relief of severe body pain. The mixture of its gum along with almond, butter, and wheat flour is also given to women after delivery1.

Gum acacia is a complex polysaccharide exudate, that is obtained from the trees of Acacia species, this exudate protects the tree against the external attacks14. Antimicrobial potential of extracts of leaves and stem has also been estimated that leads to use of young twigs of this plant as tooth stick (miswak)15,16. Hepatoprotective potential of A. modesta (Bark extract) has also been reported in plasma proteins level and serum levels of hepatic metabolic enzymes were used for the analysis of hepatotoxicity17. Zhuble sharbat, a solution of gum, was taken as health stimulant. Plant use was also seen in the treatment of cough 1. There is a lot of information, data, and literature, but very limited work reported in the present direction until now. Accordingly, this research was designed to determine the influence of modification on thermal and rheological behavior of different gum extracts of Acacia modesta.

Collection and purification of Acacia modesta
The gum was procured from a local market in Faisalabad, Pakistan. The crude gum was purified using a method earlier described by Shahid et al.18, dried gum (as that the crude gum) was dissolved in dist. water at room temperature. This gum solution was then left to swell for the formation of a viscous solution. The solution was continuously stirred at room temperature for 6 h and then was filtered. Ethanol was added to the solution to obtain white amorphous precipitates. The precipitates were filtered and once washed with ethanol. The collected precipitated were dried in a hot air oven at 40 °C, after drying the gum was ground to a fine powder and was stored as the purified gum.

Elemental analysis, modification and hydrolysis of A. modesta gum
The elemental composition of the A. modesta gum was determined by Laser-induced breakdown spectroscopy (LIBS). Acacia modesta was chemically modified and hydrolyzed to alter its properties by the following methods:

Modification of A. modesta gum
For modification of gum two chemical methods were used. For polyacrylamide grafting a method described by Singh et al.19 was performed. To gum solution acrylamide, silver nitrate and ascorbic acid were added. This solution was kept at 35 °C, after 30 min, K2S2O8 was added and solution was left for 1 h for reaction. Polyacrylamide grafted gum was separated from the solution by precipitation using ethanol. The collected modified gum was dried at 50 ºC. In a second method the gum was modified through carboxymethylation20. At room temperature, NaOH (10 mL) was added to gum solution within 15 min at rate of 1 mL with continuous stirring. To this reaction mixture, 15 mL of chloroacetic acid was added. The carboxymethylated gum was extracted through precipitation technique using ethanol and was dried in oven for further use.

Hydrolysis of A. modesta gum
Acidic, basic and enzymatic hydrolysis of purified A. modesta sample was performed. For acidic hydrolysis, 0.2 mg of purified gum was added to trifluoroacetic acid (2 M) and kept for 2 h at 110 °C. The acidic hydrolyzed gum sample was precipitated and was oven dried21. A method described by Beltran22 was used for the basic hydrolysis. In 200 mL of barium hydroxide solution 5 g of gum was dissolved, followed by the addition of H2SO4 (1 M) to neutralize the solution. Using absolute ethanol, the hydrolyzed sample was precipitated and collected. The hydrolyzed gum was filtered and dried at 50 ºC.

Rheological analysis (Flow test)
Flow test gives information about the viscous nature of a sample by the help of steady state flow (23). It was carried out to study the flow behavior of different samples of A. modesta.

Characterization of Acacia modesta
To study the possible functional groups and chemistry of gum in different forms Fourier transform infrared spectra were recorded within the range 500 cm-1 to 4000 cm-1 24. The changes in thermal behavior of gum samples after different treatments such as hydrolysis and modification were determined through thermogravimetric analyzer25. Differential scanning calorimetry was performed to determine the quantity of energy absorbed or released by the gum sample when it was heated. X-ray crystallography was used to determine the amorphous or crystalline nature of gum samples through an X-ray diffractometer24.

Crude gum of A. modesta was modified and hydrolyzed by different methods. The effect of hydrolysis and modification was studied by different techniques.

Elemental and rheological analysis (Flow test) of A. modesta gum
For the elemental (micro and macro) analysis, LIBS was carried out. It is an analytical technique used to determine elemental composition of a sample. The spectrum of crude A. modesta obtained from LIBS is presented in Fig 1. It was carried out to investigate about the alteration in the viscous nature of gum samples after the process of different treatments. The test was performed using rheometer. Viscosity (Pa) was plotted against shear rate (s-1) (Fig. 2). Test reveals that there was a drop in the viscosity after the modification and hydrolysis. The sequence of this test using A. modesta gum samples is given as follow: 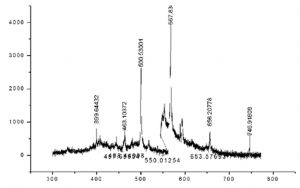 Fig. 2. Flow curves of A. modesta (Viscosity vs. shear rate)

Analytical characterization
Fourier transforms infrared (FTIR) spectroscopy
FTIR spectroscopy has been used extensively for the characterization of samples. It provides information related to molecular structure and functional groups. Through FTIR spectra, the vibrations in polymers that affect the intermolecular interactions can be determined. The recorded spectra of gum samples are presented in Fig 3, by studying % transmittance and wavenumber (cm-1). The FTIR spectra of all gums samples exhibits the C-C stretching vibrations are between the range of 800 and 1200 cm-1, while the absorbance bands present within the range of 900-1200 cm-1, indicates the presence of C-O (anhydrides) stretching vibrations. Whereas, the peaks between 1500 and 1600 cm-1 corresponds to C=C (alkenes) stretching vibrations. Hydroxyl group (O-H) is present in all gum samples that reveals the availability of hydrogen bonding26. The (O-H) group are the basis of complex carbohydrate structures as they provide strength due to intra and intermolecular bound hydroxyl groups27. Differential scanning calorimetry
DSC of samples was carried out to determine the exothermal and endothermal changes followed with the rise in temperature. Colorimetry is generally carried out to analyze the phase transitions taking place in polymers, because of their sensitivity and accuracy. Fig 5 represent the DSC of A. modesta samples. Different structural and functional group in plant gums affect the transition temperature thermal behavior (6). The glass transition temperature (Tg) of polymers is associated with the crystalline and amorphous behavior. A lower Tg indicates the lower degree of crystallinity with a high degree of amorphous nature. A higher degree of crystallinity gives the structural stability to polymers and make the granules more resistant towards high temperature. The determination of Tg is important for the storage and production processes. Moisture also have influence on the Tg (26). Different structural techniques including XRD, TGA, DSC, and FT-IR confirmed the modification and hydrolysis of A. modesta gum. The results of TGA and DSC reveals that there was an increase in thermal potential of processed gums. The XRD analysis also indicates an increase in crystalline nature of gums after the modification. An increase in crystallinity makes A. modesta gum more heat resistance. Though, there was a decrease in viscosity of gum solutions, studied by performing a flow test.