Pickle is considered as an integral part of Indian meal, especially in southern India. There are several varieties of pickles made out of different vegetables across India and mango pickle is predominant among them. The present study validates histamine level and its associated bacterial population in mango pickles. The preliminary microbial analysis on Niven’s agar revealed the population of histamine-producing bacteria in mango pickle. Further confirmation of histamine producing bacteria with PCR using HDC specific primers showed two bacterial isolates had HDC gene and they were identified by 16S rRNA sequencing as Enterobacter cloacae PUFSTP86 and E. cloacae PUFSTP92. Physicochemical analysis and nutritional properties of mango pickle showed pH (5.3 to 6.4), moisture (67.17 to 74.76 %), ash (85.20 to 88.72 %), nitrogen content (3.60 to 7.46 %) and water activity (0.86 to 0.89 aw). Histamine in the mango pickles was quantified using HPLC and noticed a lesser histamine content (3.60 to 7.46 mg kg-1) which makes mango pickle safer for consumption. Nutritional property and histamine content concludes that the mango pickle does not lead to any histamine related toxication and are biologically safer fermented product.

Histamine is one of the weak known biogenic amine found in several foods such as fish products, cheese, wine, and fermented products and it is a product of microbial decarboxylation of histidine present in the foods (Bakirci et al., 2000). Insufficiency in histamine regulatory mechanism or excess accumulation of histamine via foods or disordered function of histamine metabolism by diamine oxidase inhibitors leads to histamine toxication (Joosten et al., 1988; Fox et al., 1996). Biogenic amines are naturally found in vegetables and fruits in small quantities while it is formed as the result of fermentation in cheese, wine, and sauerkraut. Histamine at its elevated levels generates food poisoning or food allergic condition. Histamine intoxication is possibly the best known food-borne illness which gives a range of symptoms such as rash, nausea, urticaria, diarrhea, vomiting, tingling, flushing and itching of the skin. The severity of the symptoms varies with the amount ingested and the individual’s sensitivity (Lehane et al., 2000). Salted products are known to contain histamine forming bacteria. These bacteria’s on proliferation under favorable conditions may contribute to the increase of toxic amines, leading to histamine poisoning (Jeyasekaran et al., 2003). Numerous microorganisms were reported to produce histamine; the major group of histamine forming bacteria includes Morgonella morganii, Proteus spp., Klebsiella sp. and Hafnia alvei (Jay et al., 1992).

Processing of vegetables by pickling involves brine water soakage followed by sun-drying. Pickling concept was started many centuries ago and apparently, for preserving food to consume during off seasons the benefits of eating pickles, can increase your appetite; they are low in cholesterol and saturated fat, a good source of iron, vitamin A, and fibers. Pickle has both the spice and sour flavor which alone can enhance the taste of any food you eat. Pickles have a shelf life of several months to years under efficiently stored conditions.

Though the studies with relevance to histamine in foodstuffs are vast, there have been limited information on the presence of histamine producing bacteria and histamine content in many of traditional Indian foods. Thus the present study was executed to examine the histamine-forming bacteria and its role in the accumulation of histamine in fermented mango pickles from west coast of India which are brine based and are fermented and consumed over an year after fermentation.

Fermented mango pickle samples were homogenized and serially diluted using sterile phosphate buffer saline (pH 7.0) and vortexed for two minutes.  Histamine-forming bacteria were isolated on histamine-forming bacterium isolation agar fortified with L-histidine using spread plate method (Niven’s et al., 1981) at 37°c for 6 to 7 days incubation. The colonies formed were counted and the bacterial counts were expressed in colony forming units (CFU/g). Colonies with blue or purple color on the plates were picked and further inoculated in Niven’s broth for the confirmation of histamine producing.

Fermented mango pickle samples (10 g) were vortexed in sterile 50ml centrifuge tubes with 10 mL of distilled water to make thick slurry. The pH of this slurry was then measured using pH meter. Moisture and ash contents were determined by employing the standard methods of analysis (AOAC, 2000). The nitrogen content of the sample was determined by the standard Kjedhal procedure of the (AOAC, 2000). The water activity of the samples was determined by aqua lab dew point water activity meter (series 4TE, Decagon Devices, Inc., USA) as per manufacturer instructions.

The Stock solution of Histamine dihydrochloride was prepared by dissolving 1mg/10ml of 0.1M HCl and used as the standard stock solution. A serial dilution of the stock solution was used to make the calibration curve.

Five grams of fermented mango pickle samples were mixed with 20ml of 6% trichloroacetic acid (TCA) and then transferred to 50ml centrifuge tubes. The sample was homogenized for 3 min and centrifuged (10,000 rpm, 10 min, 4 ºC) and filtered through Whatman No.1 filter paper. TCA was added to the filtrates to bring a final volume of 20 ml.

Standard histamine solutions and 2 ml aliquots of the food sample extracts were derivatized with benzoyl chloride according to (Hwang et al., 1997). In brief 2 ml of extract, 1 ml of 2M NaOH and 10µl of benzoyl chloride were mixed using vortex mixture and incubated for 60 min at 60°C.  Then 2ml of saturated NaCl, 3ml of diethyl ether were added and centrifuged (10,000rpm, 10 min, 4°C). The organic phase was separated and dried by using Nitrogen (N2) gas. The benzoyl derivatives were dissolved in 1 ml of methanol, and 20µl aliquots were used for HPLC analysis.

The histamine content in test samples was determined according to (Hwang et al., 1997) method with slight modification. The detection of histamine was performed using Prominence Ultra Fast Liquid Chromatography (UFLC) system (Model LC20AD, Shimadzu, Japan) with RP-C18 column (250×4.6mm) and PDA detector (set at 233 nm). The gradient elution program began with 50:50 (v/v) methanol: water at a flow rate of 1ml/min for 0.5 min, followed by a linear increase to 85:15 methanol: water during the next 6.5 min, methanol: water mix held constant at 85:15 for another 5 min, and then decreased to 50:50 (0.8ml/min) during the next two min. Histamine standards were analyzed with test samples to check the chromatographic consistency. The samples were injected twice. Histamine concentrations in test samples were calculated based on the comparison against peak area as noticed from the histamine standard.

Microbial analysis of fermented mango pickle revealed aerobic microflora, LAB (Lactic acid bacteria) and histamine forming bacteria on NA, MRS and Niven’s agar respectively (Table 1). Bacterial counts on APC in fermented mango pickle samples ranged from 6.96 to 8.69 log CFU/g. The tested pickle samples had higher bacterial counts when compared to an earlier study reported by (Kung et al., 2006) where the count was <1.0–4.2 log CFU/g of APC in mustard pickle sample. The pickle associated bacterial count on MRS and Niven’s agar media ranged from 4.40 to 4.73 log CFU/g and 2.4 to 3.7 log CFU/g.  Among the bacterial colonies noticed on Niven’s agar medium plates, 12 isolates were identified as histamine producers. The lower pH range (<4.2) of these pickle samples had some inhibitory effect on the growth of microbes. Based on the morphological and biochemical observation, they were characterized as Enterobacter sp. and Bacillus sp. It has been observed that the majorities of micro-flora in the fermented mango pickle belonged to Enterobacteriaceae, and Bacillus bacterial group and are potential histamine producers as reported by (Sumitha et al., 2013).

The presented values are the means of three determinations, with standard deviations indicated. The mean values (standard deviations) within the same column followed by different superscript letters differ significantly (p < 0.05).

The moisture, ash, nitrogen contents among the various mango pickle samples ranged from 67.17 to 74.76 %, 85.20 to 88.72 %, 3.60 to 7.46 % respectively (Table 2). Tested samples are showing the water activity fairly 0.86 to 0.89, and these ranges are not favorable for microbes. The previous report states that histamine production was increased as the pH rose from 5.3 to 6.4. Sodium chloride plays a major role in microbial growth and therefore influences the activity of their amino acids decarboxylase (Zaman et al., 2009). The present study revealed that the pH of mango pickle samples ranged from 3.00 to 4.29 (Table 2), which was unfavorable for decarboxylase involved in histamine synthesis. Survival of bacteria requires a relatively high water activity with the range of 0.9 or higher (Battcock and Ali., 1999). A few species which can tolerate water activities lower than this, but usually the yeasts and fungi will predominate on foods with a lower water activity. The percentage of protein and nitrogen content in mango pickle sample ranged 3.60 – 7.46 %. In general, a positive correlation existed among protein and nitrogen content and a negative correlation existed between pH and histamine content in the tested samples. 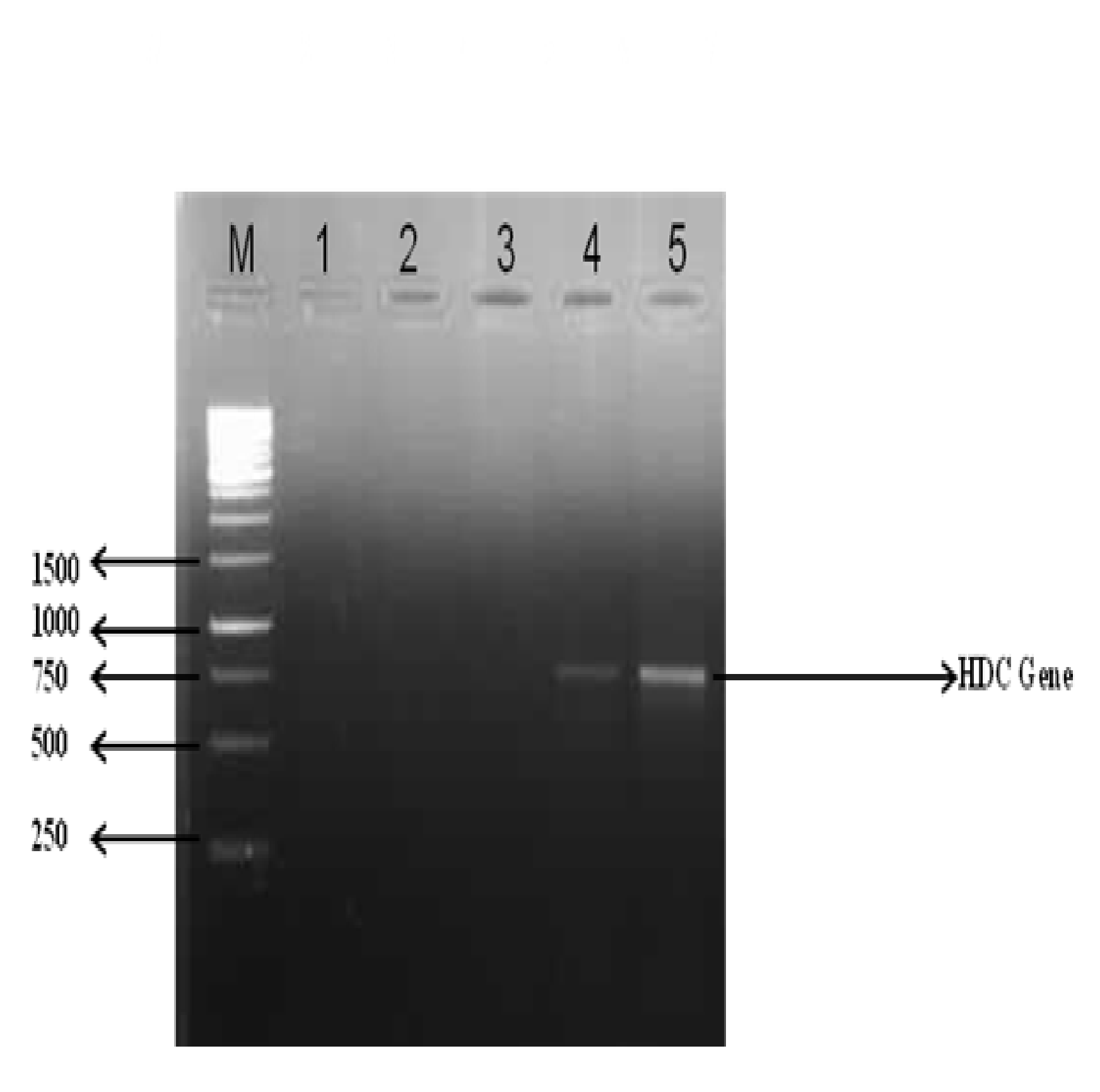 Fig: 2. Phylogenetic tree showing the relatedness of 16SrRNA of two bacterial isolates, with accession no KT921425 and KT921426 with already genes in the Genbank data base:

Accumulation of elevated levels of histamine in foodstuffs leads food poisoning or food allergic conditions. Mango pickle is an important integral part of Indian meal, especially southern India. There are several varieties of pickles made out of different vegetables all across India. Thus it is of important to study the histamine level in mango pickle and its associated bacterial population. Results in this study showed a very limited amount of histamine and also marginal presence of histamine-producing bacteria in fermented mango pickles of India, indicating that the fermentation microflora have potential to produce histamine and cause a risk to health in case optimum conditions prevail.