New drug discovery has become a hot research area due to the emergence of antibiotic resistance bacteria. Presently, some clinical isolates such as Methicillin Resistant Staphylococcus aureus (MRSA), Penicillin Resistant Streptococcus pneumoniae (PRSP), Vancomycin Resistant Enterococci (VRE) which have become resistant to certain commonly used antibiotics are easily found in the environment1,2. The report of Global Antimicrobial Resistance Surveillance System (GLASS) rises the alarm of the seriousness in worldwide antibiotic resistance’s issue with more than 500,000 isolates showing non-susceptible to one or more of the conventional antibiotics3. According to National Surveillance of Antibiotic Resistance (NSAR) report, most of the notorious antibiotic resistant bacterial has risen since 2008 to 2016 in Malaysia4.

Hence, discovery and development of new alternative drugs to combat with the multidrug resistant bacteria remain as a challenge. Naturally occurring molecules derived from secondary metabolites formed by living organisms that are chemically and structurally diverse could further contribute knowledge and strategy to overcome such issue5. Secondary metabolites are synthesized as biochemical compounds in defense against stressful environments and invasion of predators for self-healing and rejuvenating to assist survival6. Currently, extraction of the natural compounds with antimicrobial properties such as saponins, alkaloids, sesquiterpenes, terpenoids, glycopeptide and others were used as prescription drug in numerous developed countries7,8.

Macro fungi, a group of wood-decaying fungi of the Phylum Basidomycetes have been exploited as new alternative in development of novel antibiotics due to the bioactive compounds which shown strong antimicrobial activity. In particular, Ganoderma species such as lucidum, showed good inhibition against different bacterial strains9. Ganoderma triterpenes (GTs) and polysaccharides (PS) derivatives are reported as the most common antimicrobial compounds from Ganoderma sp.10.

G. boninense is a polypore fungus in the family of Ganodermataceae. This species belongs to Ganoderma genus, which are well-known as medicinal mushrooms. On the other hand, G. boninense is a pathogen of basal stem rot (BSR) disease, a devastating disease of oil palm trees11. In the current work, different solvents were used to extract the active compounds from fruiting bodies of G. boninense to investigate the potential of antimicrobial properties.

PCR amplification
Amplification of the fungal DNA was done on the 5.8S gene using ITS1: 5’- TCC GTA GGT GAA CCT GCG G-3’ as forward primer and ITS4: 5’- TCC GCT TAT TGA TAT GC -3’ as reverse primer. The PCR reagents (Vivantis, Malaysia) were prepared in concentration of 1 x PCR buffer, 1.5 mM MgCl2, 200 mM dNTPs, 0.4 mM forward and reverse primers, one unit of Taq polymerase and 1 ml of DNA template. The thermalcycler (GeneAtlas, Astec, Japan) was programmed for initial denaturation at 95°C for 5 min, followed by 35 cycles of denaturation at 95°C for 1 min, annealing at 53°C for 40 s and extension at 72°C for 50 s. The final extension was set at 72 °C for 10 min. The PCR product was detected by agarose gel electrophoresis with 1.5% TAE agarose gel, 70 V for 40 min.

DNA sequencing and analysis
The DNA sequencing was done by Apical Scientific Sdn Bhd at Selangor, Malaysia. The obtained sequence was trimmed and later BLAST searched for the closest matches in NCBI GenBank. Phylogenetic tree was constructed using Maximum Likelihood method with 1000 bootstraps replicate to show the relationship among sequences.

Preparation of G. boninense Extracts
Identified fruiting bodies of G. boninense were grounded using mortar and pestle with the aid of liquid nitrogen. The mortar and pestle were autoclaved, cooled and swabbed with 70% ethanol prior used. The extraction of ground powder was prepared by using maceration method. Briefly, 10 g of fine powders were soaked into 400 ml of different absolute solvents (chloroform, acetone, methanol, ethanol, ethyl acetate) at room temperature (±26°C) and shaken with 150 rpm for five days. Meanwhile, hot water extraction was prepared using water bath incubator at 90°C and 100 rpm. The supernatant was filtered through Whatman no.1 filter paper. The filtrates were then evaporated under reduced pressure using rotary evaporator (Buchi-Rotavapor R-300, Germany). Crude extracts were kept in -20°C for further use.

Antimicrobial Assay of G. boninense Fruiting Bodies Extracts
The disc diffusion method was performed to test the antimicrobial activity of each solvent extracts14. Firstly, 100 ml of bacterial inoculums containing 1-2 x 108 CFU/ml were spread over the Mueller Hinton agar (MHA) plate by sterile cotton swab. Extracts were re-dissolved in DMSO and loaded over sterile filter paper discs (6 mm in diameter) to obtain final concentration of 20mg/disc. Then, discs were placed on the top of inoculated MHA. Two control discs were used containing Chloramphenical (30 mg) and DMSO as positive and negative control respectively. The diameters of growth inhibition zones were measured after incubated for 24 h at 37°C. The experiments were performed in triplicate.

Determination of Minimum Inhibitory Concentration (MIC)
The microdilution method was used to determine the minimum inhibitory concentration (MIC) according to CLSI guidelines13. MICs were evaluated using 96 well microtiter plates. Stock solutions of the extracts were diluted in a serial of two-fold dilution, resulting in concentration ranging from 0.625-20 mg ml-1. The final concentration of bacterial suspension was adjusted to 5 x 105 CFU/ml with 50 ml of bacterial inoculum supplemented 100 ml of NB in each well. The microtiter plate was included a set of 3 controls: a column with Chloramphenical (30 mg) as positive control; a column with all solutions except the extracts; and a column of solution with DMSO as negative control. The plates were incubated at 37°C for 24 h. The absorbance was determined at 590 nm. All tests were performed in triplicate.

Data Preprocessing and Analysis
The mass data in netCDF files were processed using an open source software tool MZmine 2.0. Typically, this software allowed raw data processing by removes of noise background. Then, peak detection was done by centroid algorithm to detect all specified data points as m/z peaks into chromatograms. After that, local minimum search was chosen for deconvolution. Prior alignment and peaks were grouped by m/z and retention time by isotope grouper. The m/z value and retention time of the fragmented ions were utilized in comparing with those from compound database, namely PubChem.

Identification of the Collected Fruiting Bodies
DNA extracted from the fruiting bodies were amplified using ITS1 and ITS4 primers which generates approximately 650 bp of the 5.8S rDNA gene as shown in Fig. 1. The primer pair was intended to detect the intraspecies variability in the highly reserved internal transcribed spacers (ITS) regions of fungi and basidiomycetes16. PCR produced similar size of DNA copies, nevertheless the order of nucleotide was not determined. 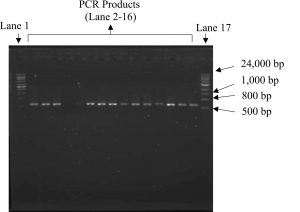 Fig. 2. Relatedness relationship of the collected fruiting bodies from the Sawit Kinabalu oil palm plantation with the five closest sequence retrieved from NCBI database. The topology was inferred by maximum likelihood. The bootstrap value is expressed in percentage and displayed next to each node. The branch length is drawn in scale with nucleotide change in unit of number of base substitutions per site.

Minimum Inhibitory Concentration (MIC) of the Effective Extracts
Results of MIC were recorded in Table 3. The MIC values obtained ranged between 0.625 mg ml-1 to 5.000 mg ml-1 with methanol extract demonstrating the highest antimicrobial activity against Coagulase neg staphylococci while hot water extracts exhibited with the lowest antimicrobial activity. Comparatively moderate activities were observed in ethyl acetate extracts exhibited MIC values of 1.250 mg ml-1 (Enterobacter sp, P. aeruginosa, P. mirabilis, S. pyogenes) and 2.500 mg ml-1 (Acinetobacter sp, K. pneumoniae, S. marcescens) against tested pathogens. Various degree of inhibitory concentration was observed for the G. boninense extracts could be due to the polarity of solvent. The extractability of secondary metabolites mainly depend on the type of solvents and methods that is used during extraction of sample. Ethyl acetate is a semi polar solvent that could dissolve broad spectrum of compounds, varying from polar to nonpolar compounds. Results of ethyl acetate extract of G. boninense showed growth inhibition of Gram positive and Gram negative pathogens indicating that the extract contains broad spectrum of active compounds and suggesting that the antimicrobial compounds are leaning toward polar-soluble. These were supported by few reports showed numerous strains of Ganoderma species and edible mushrooms exhibited broad spectrum of antibacterial properties in higher polarity extracts like ethyl acetate and methanol compare with lower polarity extracts like hexane32-34. However, the existence of low polar-soluble compounds in Ganoderma species or edible mushrooms are undeniable35,24. Preliminary phytochemical has shown that ethyl acetate soluble fraction of G. lucidum possess compounds like alkaloid, carbohydrate and glycoside, phenol, sterol, terpenoid36,37. Strong potent of inhibition zones and MIC values were observed in ethyl acetate extract of wild G. lucidum fruiting bodies against selected bacterial strains and study suggested that the antibacterial activity of solvent extracts were related to the high occurrence of total phenolics, flavonoids, alkaloids, terpenoids and glycosides compounds38. Antimicrobial compounds isolated from Ganoderma species by difference solvent polarity were reviewed by Basnet and co-workers32. Antimicrobial activity of mushrooms were reported in varied levels. Apart from solubility in solvents and extraction methods, other factors could be due to sensitivity and tolerance of the bacterial strains to mushroom crude extracts. Moreover, the production of secondary metabolites by natural resources and bioactive compositions may varied upon different environmental conditions.

Crude polysaccharide of difference Ganoderma species were reported to exert broad spectrum of antimicrobial activity covering both Gram positive and Gram negative bacterial39. However, polysaccharide compounds could limit the antimicrobial activity because carbohydrates are element that help the growth of microorganism40. Further investigation on the active compound that responsible for the inhibition is necessary as crude extract contains numerous of active compounds.

Identification of the Compounds from Crude Extracts of G. boninense
Extracts with good antimicrobial activity were identified using HPLC-MS. As the result, a list of m/z chromatographic peaks were obtained and illustrated in Fig. 3 (Ethyl acetate extract), Fig. 4 (Ethanol extract) and Fig. 5 (Hot water extract).

Different solvents were used to extract bioactive compounds of G. boninense fruiting body and their antimicrobial properties were examined. Ethyl acetate is a potential solvent for G. boninense extraction because of the remarkable broad spectrum of antimicrobial activity toward Gram positive and Gram negative pathogens. The extract gave the strongest inhibition to the growth of P. mirabilis. LC-MS analysis confirmed the crude extracts of G. boninense contains numerous compounds such as alkaloid, fatty acid, heterocyclic compound, peptide, and glycoside derivatives. The results obtained from this study revealed that G. boninense possess great potential with antimicrobial activities. Hence, this fungus deserves more attention in discovering their medicinal values in the future.

ACKNOWLEDGMENTS
We would like to thank Sawit Kinabalu Sdn Bhd for the assistance in samples collection for this work.

CONFLICT OF INTEREST
Authors would like to declare that there is no conflict of interest.

AVAILABILITY OF DATA
All data generated and analyzed for current study were presented in form of tables and Fig.s and included in this article.